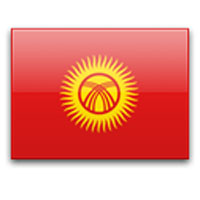 Canada makes regular contributions to multilateral and regional programs in the Kyrgyz Republic, and a part of Canada’s contributions to the Global Fund to Fight AIDS, Tuberculosis and Malaria currently fund programming there. The Canadian government also funds a major health and education program run by the Aga Khan Foundation and aimed at improving basic health outcomes in the country. Canada is a contributor to the UNESCO education monitoring program in the Kyrgyz Republic, as well as to the University of Central Asia, which is based in the republic and has campuses there and in other Central Asian states.

The Canadian embassy in Nur-Sultan manages the Canada Fund for Local Initiatives, through which funding assistance is provided to local NGOs active in the Kyrgyz Republic.

The Kyrgyz Republic is Canada’s second-largest commercial partner in Central Asia, and Canada’s technical expertise in the extractive sector greatly contributes to the country’s economic development. In 2020, trade between Canada and the republic was valued at $9.9  million.

Canada’s merchandise exports to the Kyrgyz Republic in 2020 totaled a value of $9.2 million and comprised principally machinery, chemical products, food products and vehicles. Canada imports from the republic totalled a value of roughly $626,000, with the bulk made up of base metal products, telecom equipment, machinery, textiles and dried fruits.