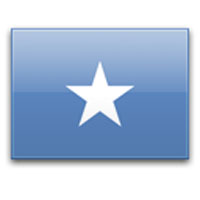 In early 2019, Canada began a program of enhanced bilateral cooperation with Somalia. This enhanced cooperation is focused on improving the health of women and girls, and promoting inclusive and transparent governance. This builds on Canada’s previous work with the international community, helping Somalia to stabilize and rebuild. For example, since 2014, Canada has supported Somalia in its efforts to build capacity in key economic institutions and to develop sound macroeconomic policies through the International Monetary Fund’s Somalia Trust Fund.

Since 2015, Canada has committed more than $4 million in counter-terrorism funding to Somalia, and East Africa more broadly, notably to address the threat of al-Shabaab. Such projects have focused on security sector capacity building, including training police and security officials, as well as preventing and countering violent extremism.

Canada and Somalia are linked by our strong people-to-people ties. Canada hosts one of the world’s largest Somali diaspora communities. Many Somali-Canadians have strong links to Somalia, and some returned to hold senior positions in Somalia’s federal and regional governments.

Canada is a significant donor of humanitarian assistance in Somalia, responding to needs arising from the impact of decades of conflict and insecurity, as well as chronic natural disasters (including drought and flooding). Canada’s humanitarian assistance is channelled through UN agencies and non-governmental organizations to help provide life-saving relief (including food, water and sanitation, medical and nutritional support, emergency shelter, and protection) to Somalia’s most-vulnerable people.