In October, a program officer from the Stabilization and Reconstruction Task Force (START) at Global Affairs Canada travelled to Kenya to monitor a number of active programs funded by the department.  During this visit, the officer had the additional opportunity to hear the stories of young girls from the Korogocho slum in Nairobi who were married as children. These young women wished that their story could be shared with the world to bring attention to the problem of child, early and forced marriage, because they never want another girl to live through the horrors that have haunted their lives.

These are their stories: 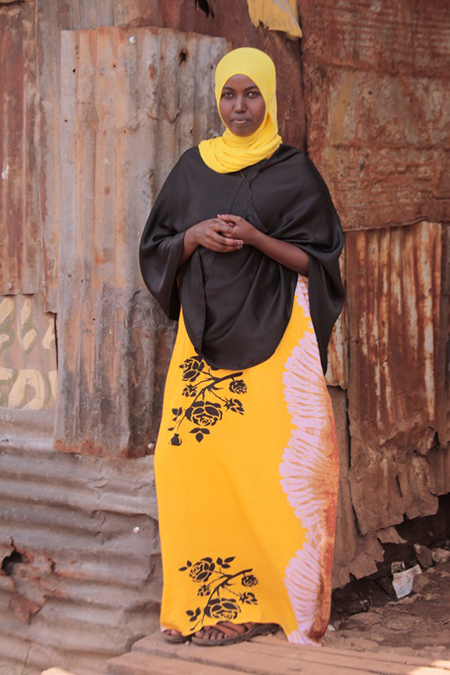 This incredible young woman was married at 14 years old. Pulled out of school against her will be her parents, Chulki was forced to marry a man older than her father.

Her husband had two children, ages ten and twelve, from a previous marriage.   At age 15, she had her first child, and her second at age 18, both girls.

Chulki constantly faced physical and emotional abuse from her husband who did not trust her to leave her house. She stayed with him for six years out of respect for her parents, telling herself that this was all her life was worth.

After struggling with depression and attempting suicide three times, she ran away from her husband and returned to her parents, who turned her away and shamed her for abandoning her husband.

During her struggle for survival she found compassion from her uncle, who allows her to live with him.  Chulki has not been able to see her daughters, now six and four years old, for over two years. They still live with their father.

Now 22 years old, Chulki cannot find work as she does not have the necessary documents, or an education. She also is unable to gain custody of her daughters because she does not have the money for lawyers. When she attended school she always wanted to be a nurse – a dream she clings to today. She has recently gained confidence in herself and wants to speak out about the harmful impact of child marriage. She hopes that no other girl in the world has to ever endure the hardships she has faced as a child bride. 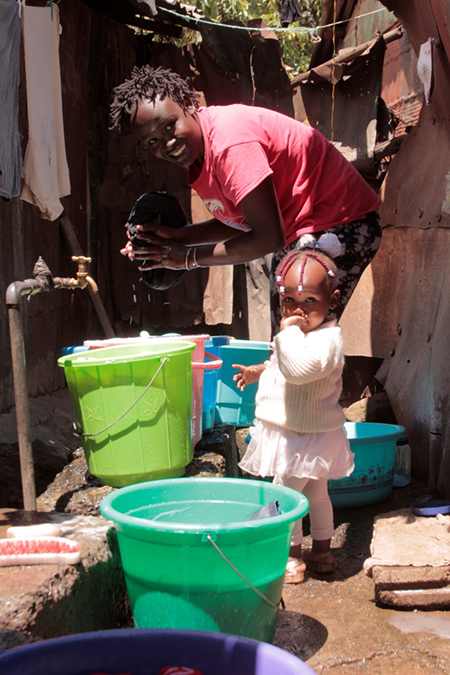 Neema was married at age 15.

After her parents divorced, Neema’s mother did not have enough money to support her.  Neema was pulled from school and forced to marry.

Regularly subjected to severe beatings from her husband – only sometimes did the violence stop following interventions from neighbours or the police.

Neema attempted suicide after she became pregnant.  Her husband continued to beat her during her pregnancy, so at seven-months pregnant Neema fled and returned to her father who was ashamed that he had made her suffer.

Neema lived with her father and step mother, giving birth at home because she could not afford hospital fees.  After the birth of her little girl, a jealous step mother began telling lies to Neema’s father. He began beating her frequently, eventually throwing Neema and her baby out of the house.

After staying in the countryside with her grandmother for a few months, Neema moved back to the Korogocho slum in Nairobi to find work.

Today, Neema rents a small tin shack where she lives with her daughter and washes clothes for people within the community for small amounts of money (typically under $1). She is enjoying watching her daughter grow up and hopes that she can be a better parent and role model.

Neema wants her daughter to go to school and will never force her to get married. 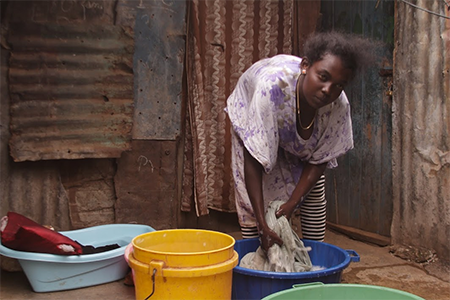 At 13 Abdia was pulled out of school be her father. By 14, she was married.

Her husband would drink and beat her often. Within two months of being married she became pregnant. Unhappy and constantly afraid of her husband, she fled and returned to her father’s house. While not happy about her return, he allowed her to stay with him to avoid being beaten by her husband.

Abdia gave birth to a baby boy, who is now five months old.  Her husband doesn’t offer them any support.

Abdia is now a confident 17 year-old young women who openly discusses her mistreatment. She spends her time cooking and cleaning but she has been unable to find work because she does not have identity papers. 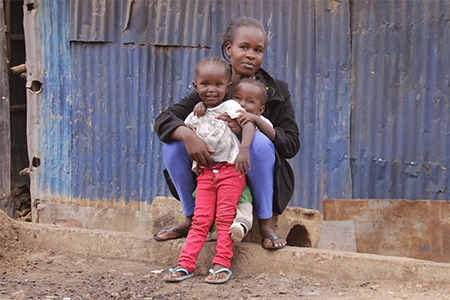 When Clarence was 14 years old she was pulled out of school. As it is a custom in her culture, she wanted to get married and did so at the age of 16. She gave birth to her baby girl when she was 17 years old. Two months later her husband tragically died and she was left to fend for herself as an uneducated single mom.

Now 19, Clarence works as a sex worker making small amounts of money that allows her to support her now 2 year old daughter. She finds her life is very difficult in Nairobi’s slums. She regrets being married so young and wishes she had stayed in school. She now has two daughters and is determined to keep them in school and will not let them marry at a young age.