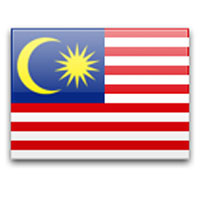 Canada and Malaysia share over 60 years of friendly bilateral ties that stretch back to the founding of modern Malaysia. Canada was one of the first countries to establish diplomatic relations with the newly-independent Federation of Malaya in 1957. In Malaysia, Canada is represented by the High Commission of Canada in Kuala Lumpur, and by a Consulate headed by an Honorary Consul in Penang. Malaysia is represented in Canada by a High Commission in Ottawa, a Trade Office in Toronto and a Consulate in Vancouver.

Canada’s ASEAN regional development program aims to strengthen the empowerment of the poor and most vulnerable people in ASEAN countries with a particular focus on women and girls.

Canada and Malaysia enjoy a robust and expanding defence and security relationship. The two nations signed a Memorandum of Understanding on security cooperation in 2013 and regularly collaborate in areas including military capacity building, counter-terrorism, and Weapons of Mass Destruction threat reduction (particularly Chemical Biological Radiological and Nuclear threat response). Canada has trained over 1000 Malaysian first responders in how to respond safely to various threats, incidents, and attacks. Canada has also contributed equipment to Malaysian security partners, including two rigid hull fender boats which were delivered to the Malaysian Maritime Enforcement Agency in 2014.

Additionally, Malaysia is a beneficiary of the many Canadian regional counter-terrorism and anti-crime initiatives in Southeast Asia. These initiatives are addressing, among other things, cyber security, foreign terrorist fighters, terrorist finance, migrant smuggling, strengthening border security, and improving information sharing among ASEAN members.

Members of the Malaysian Armed Forces have benefitted from Canada’s Military Training Cooperation Program since 1966. More than 500 officers have received training in areas including language courses, peace support operations, and military professional development.