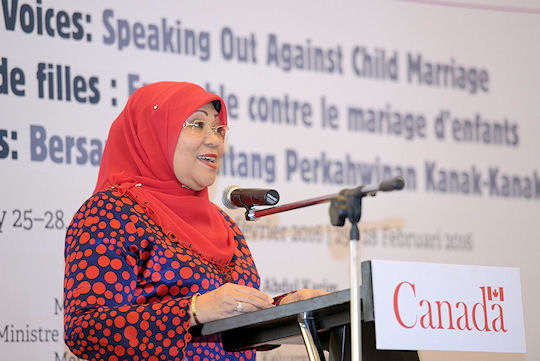 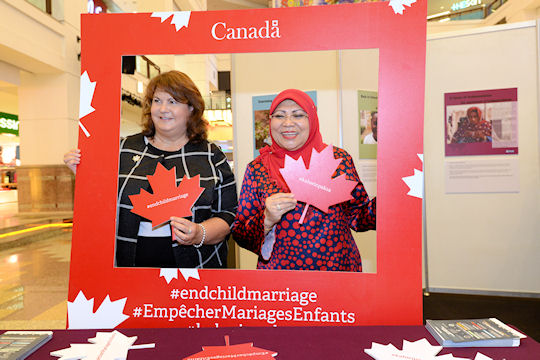 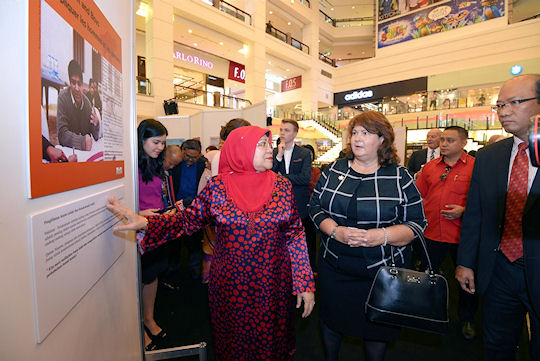 Among the exhibition at the influential launch. 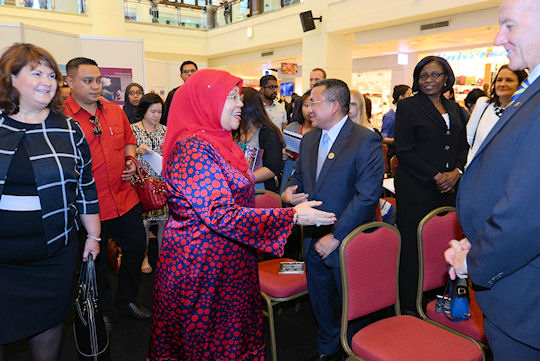 Rohani greets the guests at the launch.

In Malaysia, Islamic laws place the legal marrying age for boys and girls at 18 and 16, with girls aged below 16 being allowed to marry as long as they have consent from their parents and the court.

Although the Malaysian government strongly discourages child, early and forced marriages (CEFM), 74 percent of 600 child marriage applications were approved by the Syariah Court in 2014 because the guardians on both sides of the children consented to the marriages.

In 2015, Joint Action Group for Gender Equality said that there were as many as 15,000 Malaysians who were married off before the age of 19. The group also highlighted that in poorer states, young girls were married off to their rapists.

In order to raise public awareness and build support to end CEFM in Malaysia, the High Commission of Canada in Malaysia partnered with Malaysia’s Ministry of Women, Family, and Community Development (KPWKM) to  host a public photo exhibition  developed by the Government of Canada and Girls Not Brides  called “Girls’ Voices: Speaking Out Against Child Marriage.”

Exhibition exposes CEFM as a problem

“Girls’ Voices” was displayed in a central concourse of the Berjaya Times Square (BTS) shopping mall in central Kuala Lumpur, sharing with the public the untold stories of girls forced into or are at risk of child marriage, and the stories of leaders, families, and community members who are advocating ending CEFM.

At the launch event, Canada’s High Commissioner to Malaysia, Judith St. George, delivered strong opening remarks that highlighted Canada’s global efforts to end CEFM. St. George then introduced Malaysian Minister of KPWKM, Rohani Abdul Karim, who delivered a powerful keynote speech that indicated that CEFM was indeed a problem in Malaysia and that the Government of Malaysia was “very, very much against” CEFM. Minister Rohani also highlighted the importance of Canada’s initiatives and that both domestic and international collaboration were essential to ending CEFM.

Canada has become recognized as a strong advocate against CEFM in Malaysia and has been approached by organizations from the Malaysian states of Melaka and Sabah for further partnership in the fight against CEFM.

Building off of the successful exhibition, Canada will continue to support and work with partners to raise public awareness of the harmful practices of CEFM across Malaysia and around the world.