Message from the High Commissioner 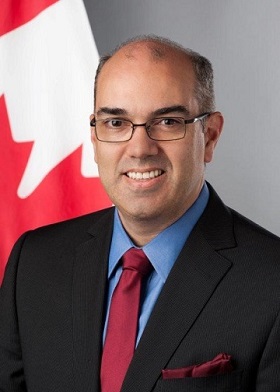 Mr. Robson joined Global Affairs Canada in 1991 and is currently the High Commissioner of Canada in Malaysia.

He has also served abroad as Second Secretary in Tokyo, First Secretary in Canberra, and Minister-Counsellor and Senior Trade Commissioner in Seoul, Minister-Counsellor and Senior Trade Commissioner at the Canadian Embassy in Mexico, Consul General for Canada in Ho Chi Minh City, Vietnam and acting Consul General at the Consulate General of Canada in Chicago.

Mr. Robson has served as a member of the Board of Directors for the Forum for International Trade Training based in Ottawa.