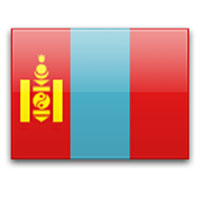 With approximately 3 million people in an area slightly smaller than Quebec, Mongolia is the least densely populated country in the world. Similarities between Canada and Mongolia abound: cold climates, vast landscapes with small populations, large neighbours, and abundant mineral resources.

Canada recognized Mongolia in 1964 and diplomatic relations were established in 1973. Mongolia opened its embassy to Canada in 2001, and the Embassy of Canada to Mongolia was opened in Ulaanbaatar in September 2008.

Much of Mongolia’s domestic and foreign policy is shaped by its two neighbours, Russia and China. To balance this, Mongolia has actively pursued a “third neighbour” policy, which involves expanding political, economic and defence relations with regional democracies such as India, Japan and South Korea and with select Western countries, including the U.S., Canada, Australia, the U.K., Germany and France.

Mongolia is committed to playing an active role on the international stage. It is a member of the World Trade Organization, the ASEAN Regional Forum, and the Organization for Security and Co-operation in Europe. Mongolia has also announced its candidacy for a non-permanent seat on the United Nations Security Council for the 2023-2024 term.

An MOU for bilateral development assistance was signed in September 2016. Current development efforts in Mongolia focus on supporting policy reforms and strengthening the capacity of Mongolia’s public service to manage its natural resources sector in a more effective and sustainable manner. This includes supporting efforts to improve mining-related legislation, policies and regulations, and to promote increased community engagement and participation in natural resources management. Global Affairs Canada (GAC) also supports projects on improving policy making and enhancing public participation in democratic processes. In January 2018, GAC launched a new development project in Mongolia (Professional and Citizen-Centred Civil Service) by signing a $7 million grant arrangement with UNDP, to assist the Government of Mongolia in the implementation of civil service reform. Since 1997, GAC has also provided more than $6 million to approximately 400 projects in Mongolia through the Canada Fund for Local Initiatives. Many of these projects help to advance human rights and economic development, and involve civil society organizations and local governments.

Two-way trade between Canada and Mongolia is limited. In 2017, Canadian exports to Mongolia amounted to approximately $27.3 million. Imports from Mongolia amounted to approximately $2.5 million. Canadian investments in Mongolia’s mining industry are the primary driver of bilateral commercial relations, with Canadian direct investment in the country estimated at approximately $6.7 billion (2017). Other sectors presenting potential opportunities for deeper commercial cooperation include: agriculture, education, clean technology, infrastructure and wood-frame construction. In 2016, Canada and Mongolia signed the Canada-Mongolia Foreign Investment Promotion and Protection Agreement (FIPA), which will provide a more transparent and predictable regulatory environment for Canadian investors in Mongolia.