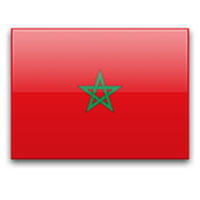 Canada and Morocco maintain positive bilateral relations, including in the areas of trade, culture, and the promotion of women's rights, as well as in joint efforts to counter terrorism and violent extremism. Formal diplomatic relations were established in 1962 with 2017 marking the 55th year of official bilateral relations.

In 2016, Moroccan diaspora to Canada represented more than 104,000 people residing primarily in the Montreal area. Morocco is also the third largest source of immigrants to Quebec. Every year, close to 3,500 young Moroccans come to study in Canadian colleges and universities, traditionally in Quebec, but increasingly in other provinces and territories.

In addition to long-term partnership with Canada through La Francophonie, Morocco has emerged in recent years as an important ally in the efforts to counter terrorism and violent extremism. Since September 2019, the two countries have co-chaired the Global Forum against Terrorism (GCTF) for the period 2019-2021. Canada also contributes to Morocco’s counterterrorism efforts through the Counter-Terrorism Capacity Building Program (CTCBP). Since 2015, CTCBP has disbursed over $3.4M in programming to Morocco, mainly to counter violent extremism, reinforce border security and build skills to cope with high risk behaviours among youth.

Morocco is an engaged actor and an important ally on migration and climate change issues, and hosted several international conferences on its territory. In December 2018, the country hosted the Intergovernmental Conference to adopt the Global Compact for Safe, Orderly and Regular Migration in Marrakech, to which Canada is a signatory country. The country also hosted the Conference of the Parties (COP22) to the United Nations Framework Convention on Climate Change (UNFCCC) in November 2016.

Canada is represented in Morocco by the Embassy of Canada in Rabat. In Canada, Morocco is represented by an embassy in Ottawa, as well as  a consulate general in Montreal. Montreal and Casablanca are connected by year-round non-stop flights operated by both Air Canada and Royal Air Maroc.

Canada's commercial activity in Morocco is diversified, focusing on trade and investment; establishing partnerships with teaching institutions; and setting up franchises and other global value chain activities. In 2018, Morocco was Canada’s 54th largest bilateral trade partner, and Canada’s fourth largest bilateral trade partner in Africa. Morocco provides commercial opportunities of interest to Canada in the following sectors: infrastructures, mining, clean technologies, defense and security, agriculture, aerospace and education. In 2018, our bilateral trade totalled over $907.3.0 million, an increase of 10.9% since 2017. Major drivers of Morocco’s economy include agriculture, tourism and mining (phosphates). An emerging high-end manufacturing sector (aerospace, automotive) is also present in the country. Morocco is one of the priority countries identified in the Canadian strategy regarding international education.

The programming is aligned with Morocco’s priority reforms and the Government of Canada’s priorities in relation to development assistance. Gender equality is a major theme, and all projects must directly address issues related to women’s rights.

To find out what Canada is doing to support Morocco’s development, please visit the Project Browser.

Global Affairs Canada recommends anyone considering travel to Mauritania to check its travel advice and encourages travellers to register with the Registration of Canadians Abroad service when outside of Canada.