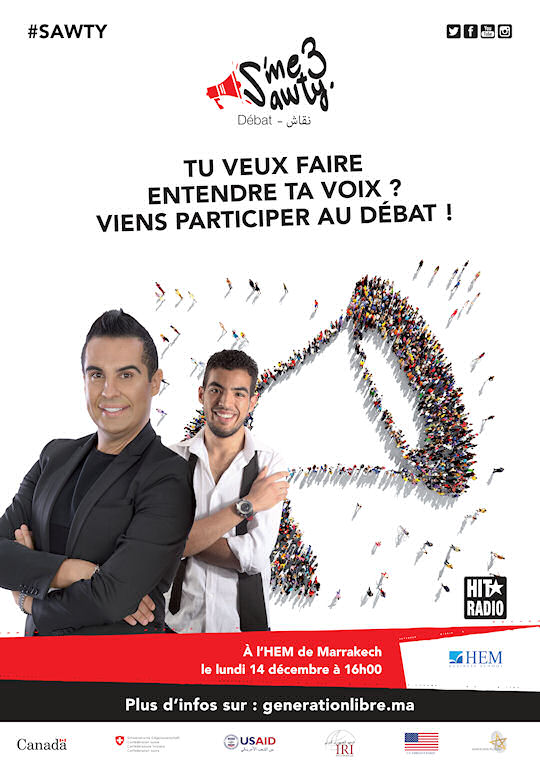 Poster for the debate. 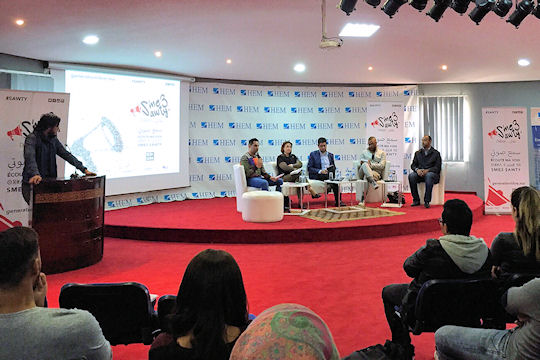 Panelists debate about the most recent regional and local election.

Canada believes that it is important for youth to vote because their voice will contribute to public policy choices and decision-making at all levels of government.

The Canadian Embassy to Morocco, through the Canadian Fund for Local Initiatives, supported a debate that encouraged young people to exercise their right to vote and become more involved in Morocco’s political life.

The debate, organized by Marocains Pluriels, was held in Rabat, Casablanca, Fes, Tangier, Marrakech, Agadir, Taroudant and Oujda. All young people were welcomed and each participant was invited to speak the language where he/she felt most comfortable.

Professionals speak about the elections

The first part of the debate focused on the panel speakers’ point of view about the most recent regional and local election.

Panel speakers raised issues such as the persistence of low turnout, the need to vote, and the need for political parties to speak the language of young people.

Youths question panelists about the elections

Youth in the audience were given the opportunity to voice their opinions during the second part of the debate. The youth were outstanding and raised various issues such as their concerns about not knowing who to vote for, about low female-representation, and about the lack of political presence throughout the term in comparison to the political presence that arose during elections period. After a productive discussion, the panelists concluded the debate by stressing the need for youth to vote and the power youths’ political views have.

Canada encourages the full participation of all citizens, no matter young or old, to exercise their right to vote, in order to achieve effective and inclusive governance systems that reflect the will of the people.