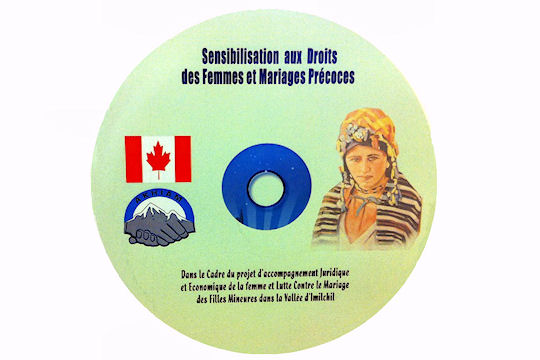 The CD of the documentary film about Imilchil’s child marriages. 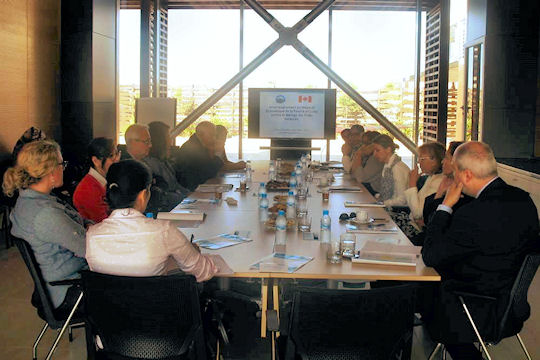 Representatives of diplomatic missions and active civil societies watch the screening of the film. 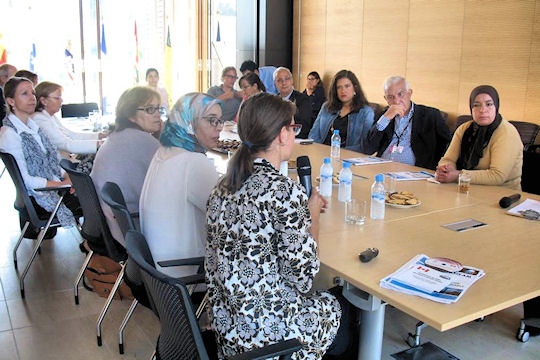 In Morocco, the Ministry of Justice in 2013 registered that 11 percent of marriages in Morocco are marriages of minors. While Morocco’s law requires a girl to be at least 18 years old when she marries, there is an exception in the law that allows judges to permit marriages of girls under the age of 18.

Through the Canada Fund for Local Initiatives (CFLI), the Embassy of Canada to Morocco partnered with Akhiam Association to support women’s rights and work towards ending child marriage in Imilchil, in the high Atlas Mountains of Morocco.

Thanks to support through the CFLI, Akhiam Association was able to provide training, awareness, and advocacy on women’s rights to elected officials and civil society actors. The goal of this training was to encourage these groups to include women in their organizations. The Embassy also collaborated with Akhiam Association to host a screening of a short documentary film and debate at the Embassy in Rabat, to raise awareness of child, early, and forced marriage.

The Lives of Women in Imilchil

During the screening of the film, Pamela Moore, Political Counsellor, and Cleo Fulchiron, Akhiam Association’s Coordination and Communication Manager, explained that the film documents the consequences of early marriage.

When married young, girls leave school during their early years of education in order to work for their husband’s family and their new household. Early marriage can also cause girls to suffer from health problems such as premature pregnancy, and childbirth without medical assistance.

To end this harmful practice, the Embassy supported Akhiam Association’s development of income generating activities for women, and creation of a new listening centre in the village of Taddart. The Listening Center welcomes women who wish to discuss challenges they are facing, and directs them to legal support if necessary. The center also educates women about their rights and helps to reconcile family conflicts.

Solutions for Women in Imilchil

The discussion around the film identified the shortcomings in Morocco’s laws that are related to women and family issues, and some solutions to address these shortcomings. The suggested solutions included modifying laws to ensure that there are no exceptions to disallowing marriage before age 18, improving the economic livelihoods for families, and continuing to raise awareness of women’s rights.

This film and debate were well received by its participants, who appreciated the opportunity offered by the Canadian Embassy to Morocco to discuss an issue that remains important not only in Morocco but also in many countries worldwide.

Canada remains committed to the protection of children and women around the world.