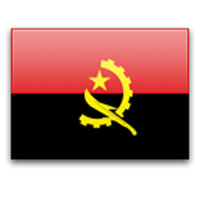 Canada established diplomatic relations with Angola in 1978. The High Commission of Canada to Mozambique in Maputo serves Angola, as does an Honorary Consul in Luanda.

Canada and Angola maintain positive relations, the result originally of Canada’s important role in Angola’s peace process and since then based on the countries’ shared desire for peace and prosperity.

Canada Fund for Local Initiatives, administered by the embassy in Harare, provides support to local organizations that promote human rights, gender equality and empowerment of women and girls in Angola.

The Government of Canada is also a strong supporter of the multilateral system and regional programs that benefit Angola. For example, Canada is among the top donors to the Global Partnership for Education, the Global Fund to fight AIDS, Malaria and Tuberculosis.

In 2018, two-way merchandise trade between Canada and Angola totalled a value of $66.3 million, with $65.6 million worth of Canadian exports to and $696,000 of imports from Angola.