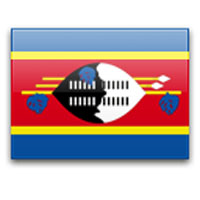 Canada and Eswatini have maintained diplomatic relations since the Kingdom of Eswatini attained independence in 1968. Canada-Eswatini relations are anchored by our shared Commonwealth ties. Canada is represented in Eswatini by our High Commission in Maputo, Mozambique. Eswatini manages its relations with Canada from its High Commission in Washington, D.C.

Canada’s interests in Eswatini relate to promoting the rule of law and the establishment of a constitutional environment that respects human rights and fosters democratic development, as well as helping to address the serious challenges of poverty and disease.

The Government of Canada is also a strong supporter of the multilateral system and regional programs that benefit Eswatini. For example, Canada is among the top donors to the Global Partnership for Education, the Global Fund to fight AIDS, Malaria and Tuberculosis, along with the African Development Bank and the World Bank.