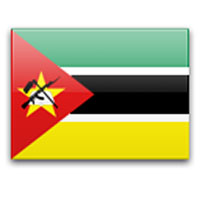 Canada and Mozambique maintain positive relations and have a history of collaboration on shared priorities, notably on the Ottawa Convention to ban landmines. Canada also provided support to the UN Operation in Mozambique (ONUMOZ) (1992-1994). Canada and Mozambique are members of the Commonwealth and La Francophonie (Mozambique is an Observer), and have a common interest in important multilateral issues related to the environment and climate change.

Mozambique is among the largest recipients of Canadian international assistance, most of which is provided through Canada’s bilateral development program. Canada has contributed more than 1.2 billion dollars in development assistance since 2010. In response to Cyclones Idai and Kenneth, that stuck the country in March/April 2019, Canada provided $7.25 million in humanitarian assistance funding to UN agencies, the Red Cross Movement, and non-governmental organizations. Through these partners, Canada helped to provide access to emergency food rations, safe water and sanitation services, and healthcare to affected communities.

In line with Canada’s Feminist International Assistance Policy, gender equality and the empowerment of women and girls are at the heart of our approach to Mozambique. Aligning with Mozambican priorities, Canada is working towards three main objectives: increasing access to quality services in health and education to ensure human dignity; broadening social and economic empowerment, especially of women and girls; and, establishing the foundations for a more peaceful, inclusive and prosperous Mozambique. Particular emphasis is placed on advancing the sexual and reproductive health and rights of women and girls.

The Mozambican market presents opportunities for Canadian businesses and investors in infrastructure, traditional and renewable energy generation and distribution, as well as in agri-business, oil and gas, and mining. The number of Canadian companies active in Mozambique is small but steadily growing, particularly in niche areas such as trades training, specialized engineering services, and drilling services.