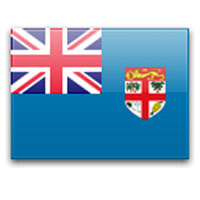 In Fiji, Canada is represented by the High Commission of Canada in New Zealand in addition to an Honorary Consul based in the tourist hub of Nadi.

Fiji is represented in Canada by a High Commission in Washington D.C., U.S.A. and an Honorary Consul in Vancouver.

While the relationship between Canada and Fiji is warm and long-standing our bilateral relations were strained during the years of military rule from 2006-2014. During this period, the Government of Canada’s engagement policy with the Government of Fiji was limited to working-level contacts. Canada welcomed Fiji’s September 2014 elections as a positive step.

Canada and Fiji have shared memberships in international organisations such as the United Nations, the International Monetary Fund and the World Health Organisation. Canada is also a Dialogue Partner of the Pacific Islands Forum to which Fiji belongs. Canada-Fiji relations are sustained by a Fijian diaspora of approximately 18,000 people in Canada.

Canada's trade relations with Fiji are managed by the Trade Commissioner Service, New Zealand. Tourism, sugar and fisheries are the primary economic activities in Fiji.

Canada has had an Air Transport Agreement in force with Fiji since 1974.

With regard to development assistance, Canada supports small scale, community-based projects in Fiji through the Canada Fund for Local Initiatives (CFLI) administered by the High Commission of Canada in New Zealand. Canada has supported several CFLI projects in Fiji in recent years, the most recent being an initiative to raise awareness of human trafficking in 2014-2015.

Through UN Women, Canada is providing $3.5 million to implement the Pacific Islands Markets for Change Project which supports female merchants in rural and urban markets in Fiji by ensuring that markets provide safe, inclusive and non-discriminatory environments.