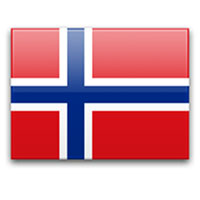 As northern neighbours, Canada and Norway promote international circumpolar cooperation at the Arctic Council, while at the same time working closely together on a number of issues important to Northerners and the Arctic.

Canada and Norway are founding members of NATO and are firmly committed to the trans-Atlantic Alliance.

Over the years, Canada and Norway have cooperated on several global initiatives, notably in the fields of:

Canada and Norway also work closely together at the United Nations (UN), supporting and funding initiatives such as:

The two countries frequently consult each other on the global security agenda.

In 2018, Canada and Norway enjoyed a balanced trading relationship, with merchandise exports to Norway totalling nearly $2.4 billion and imports from Norway valued at almost $2.3 billion. Canada’s trade with Norway benefits from the free trade agreement between Canada and the European Free Trade Association (EFTA) countries of Iceland, Liechtenstein, Norway and Switzerland,  a goods-only trade agreement that entered into force on July 1, 2009. Canada and the EFTA countries have engaged on several occasions to discuss modernization, including an exploratory meeting on June 5-6, 2018 in Ottawa. Canadian merchandise exports to Norway are dominated by metals and precious stones, and Canadian merchandise imports from Norway by mineral fuels, oils, ships and boats. There are opportunities to develop business in other areas such as oil and gas equipment and services, sustainable technologies, ICT, as well as niche products and services from Canada such as outdoor/sporting goods and apparel. Bilateral trade in services is also significant, with Canadian exports to Norway totalling $362 million and Canadian imports amounting to $583 million in 2018.

Canada and Norway share long-standing interest in each other’s culture. At the turn of the 20th century, Norwegian explorer Roald Amundsen acquired key skills while spending winters with Inuit communities in Canada. His experience led him to be the first person to sail through the Northwest Passage (1903-1906). He later reached the South Pole in 1911. The vessel Gjøa, used by Amundsen for the first voyage through the Canadian Northwest Passage, is now housed in the Gjøa building at Oslo’s Fram Museum, accompanied by an exhibition about Gjøa Haven. Some of the artifacts Amundsen collected in the Canadian Arctic were repatriated to Gjøa Haven in 2013.

Moreover, the Canada and Norway Youth Mobility Memorandum of Understanding (International Experience Canada) enables young Norwegians and Canadians to travel and work in each other’s countries since 2007.

Cultural cooperation between the two countries is vibrant as demonstrated by the frequent exchanges of artists. For instance, the Canada-Norway Audiovisual co-production agreement facilitated the production of the Oscar-winning animation film The Danish Poet. Furthermore, in early 2018, Canadian and Norwegian cultural agencies entered into agreements to fund co-productions between Canadian and Norwegian Indigenous film-makers. In fact, Canada and Norway were both participants in the inaugural Arctic Arts Summit in Norway in 2017.

There is also a growing number of research and academic mobility partnerships between Canada and Norway.

According to the Canada 2016 Census, 463,000 Canadians claim at least some Norwegian ancestry (which is among the top 20 ethnic origins in Canada). Approximately 4000 Canadians live in Norway.