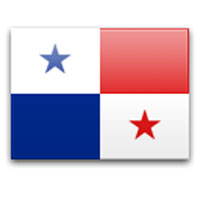 In Panama, Canada is represented by the Embassy of Canada to Panama, whose chancery opened in 1995. The embassy houses three other offices:

Panama is represented in Canada by an embassy in Ottawa and consulates in Vancouver, Toronto and Montréal.

The Organization of American States (OAS) is the region’s main partner group and provides a needed setting for cooperation with other North American partners. Being a member of the OAS has allowed Canada to deepen its relations with Latin America and the Caribbean.

Two-way goods trading between Canada and Panama in 2017 was valued at $161 million.

Imports from Panama in 2017 were valued at $10.5 million and were mainly made up of metals, manufacturing equipment and agricultural food products.

The Emerging Leaders in the Americas Program (ELAP) offers short-term scholarship opportunities for students from Latin America and the Caribbean to study or conduct research in Canada. Academic agreements such as ELAP help grow research relationships and student exchanges. In addition to the ELAP scholarships, Panamanian students are encouraged to apply for other Canadian awards open to all international students, including the prestigious Vanier Canada Graduate Scholarships and the Banting Post-doctoral Fellowships. For a complete list of available scholarships, visit International scholarships.