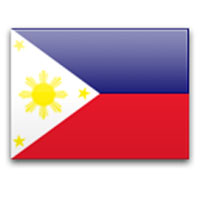 Canada’s Embassy in the Philippines is located in Makati City (Metro Manila). We also maintain a consulate in Cebu City.

The Philippines is represented in Canada by an Embassy in Ottawa and also maintains 3 consulates-general in Calgary, Toronto and Vancouver. It has honourary consular offices in Edmonton, Winnipeg, St. John's, Charlottetown and Halifax.

With diplomatic relations beginning in 1949, Canada and the Philippines will mark their 75th year of strong and friendly bilateral relations in 2024.

The national interests of both countries align on many issues, which have resulted in regular collaboration in the multilateral system, such as ASEAN, United Nations, Asia-Pacific Economic Cooperation, and the World Trade Organization. Canada supports efforts by the Philippines to advance inclusive and accountable governance, diversity, human rights, and the rule of law. Our countries work closely to maintain international peace and security. Joint efforts include responding to threats posed by international terrorist groups; discouraging the use of child soldiers by armed groups; combatting human smuggling and instances of online sexual exploitation of children; and improving biosecurity.

Ever-increasing people-to-people links between Canada and the Philippines contribute to the growth of both societies. According to the 2016 census, over 837,000 people of Philippine origin live in Canada, while a growing number of Filipino citizens visit family and friends in Canada, study at Canadian colleges and universities or immigrate to Canada. A significant number of Canadians visit the Philippines each year for tourism, work, and family visits.

The Philippines is a vibrant and developed democracy in Southeast Asia. Consisting of over 7000 islands, they cover almost 300,000 square kilometres of land and have a population of approximately 109 million. The country is predominantly Christian Catholic with a minority Muslim population and a growing evangelical presence. The official languages of the Philippines are Filipino and English.

The economy of the Philippines is the 37th largest in the world, and is the 3rd largest economy in Association of Southeast Asian Nations (ASEAN) after Indonesia and Thailand. It enjoys strong economic, democratic, and demographic fundamentals.

Canada's stock in direct investments abroad in the Philippines in 2020 was approximately $2.6 billion.

Canada marked 35 years of bilateral development cooperation with the Philippines in 2021. Through its assistance, Canada supports livelihoods while accounting for the impacts of climate change, contributes to the peace process and development in the Bangsamoro Autonomous Region in Muslim Mindanao (BARMM), and helps address barriers preventing women and girls from reaching their full potential. Canada also provides gender-responsive development and humanitarian assistance in response to disasters and emergencies, including Super Typhoons Yolanda (Haiyan) and Rai (Odette) in 2013 and 2021 respectively as well as the COVID-19 pandemic.

The Embassy of Canada in the Philippines also manages the Canada Fund for Local Initiatives (CFLI), a competitive grants program that provides direct funding assistance to Philippine organizations implementing local projects. In fiscal year 2019-2020, CFLI is supporting projects that will advance a number of priority themes, including the empowerment of women's political leaders in jurisdictions across the country, the promotion of sustainable and peaceful pluralism in Mindanao, the reduction of instances of sexual and gender-based violence and discrimination, the improvement of access to the judicial system for marginalized groups, and developing mechanisms to improve the accountability of local governments. Preventing and mitigating the impact of terrorism and violent extremism, and support for gender equality, human rights, diversity and the rule of law are cornerstones of Canada's relations with the Philippines. The Embassy has also contributed to promoting a free and responsible press in the Philippines for over twenty years through its Marshall McLuhan Fellowship Award, which recognizes the country's leading journalists.