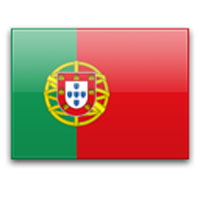 Diplomatic relations between Canada and Portugal were established in 1952 but there is a long history of interactions extending back to the early days of the Portuguese voyages of discovery in the 1500s. People-to-people links have grown stronger over time and today, these ties between Canada and Portugal are underpinned by a vibrant Canadian community of Portuguese origin estimated at more than 480,000 people. In Portugal, Canada is represented at an embassy in Lisbon. Portugal maintains an embassy in Ottawa.

Bilateral merchandise trade between Canada and Portugal amounted to nearly $1.017 billion in 2018. Canada’s merchandise exports to Portugal were valued at $382 million. Oilseeds, aircraft and parts, cereals; and leguminous vegetables, were among the leading exports. Imports from Portugal were $635 million, with beverages (mainly wine), apparel, organic chemicals, footwear, furniture, electronics and electrical machinery and equipment among the leading merchandise imports.