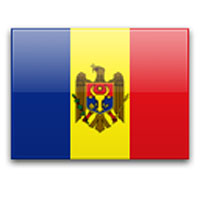 Moldova opened an embassy in Canada in 2013. Canada conducts its relations with Moldova through the Embassy of Canada in Bucharest, Romania, with accreditations to Romania, Moldova and Bulgaria. The Moldovan community in Canada (approximately 15,000) is centered mostly in Montreal and Toronto with smaller communities in Calgary and Vancouver.

Apart from humanitarian assistance to support Moldova's response to the refugee influx following the Russian aggression on Ukraine in 2022, Canada participates in projects aimed at strengthening civil society and human rights in Moldova through the Canada Fund for Local Initiatives (CFLI) managed by the Canadian embassy in Bucharest. For 2022-2023, CFLI programming will build on previous projects and target democratic reform (including participation of women and minorities), human rights protection and promotion, and governance reform.

Moldova aspires to join the European Union (EU). Canada believes that Moldova's integration into the Euro-Atlantic community is in its interest as it would contribute directly to the security and stability of the region.

As part of its support to Moldova's sovereignty, Canada co-sponsored Moldova's June 2018 UN General Assembly Resolution, which calls for the complete and unconditional withdrawal of foreign military from the territory of the Republic of Moldova. On October 8, 2020, Canada aligned with the EU at OSCE reaffirming support for a peaceful and comprehensive settlement of the Transnistrian conflict on the basis of respect for the territorial integrity and sovereignty of the Republic of Moldova, and by highlighting the deterioration of the human rights situation in Transnistria.

Bilateral trade amounted to $24.7 million in 2021. On the same year, Canada merchandise exports totaled $3.2 million and consisted mostly of vehicles and equipment, animals and animal products as well as chemical products while imports totaled $21.5 million and consisted mostly of textile products, food products and clothing. The Canada-Moldova Foreign Investment Promotion and Protection Agreement (FIPA) was signed in June 2018. The FIPA included a joint declaration recognizing the importance of progressive and inclusive trade and investment. Canada and Moldova began negotiations toward a FIPA in June 2013.