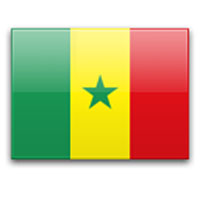 Canada and Senegal established diplomatic relations in 1962. Relations between the two countries are close and touch on a wide range of activities. Already considering Senegal an important and reliable partner, Canada takes measures to further develop its relations with this country, which acts as a reference regarding democratic governance and sustainable economic development measures in Sub-Saharan Africa.

In Senegal, Canada is represented by the Embassy of Canada in Dakar.

Senegal is represented in Canada by the Embassy of Senegal in Ottawa. Honorary Consuls are also present in Montreal, Quebec City, Vancouver and Saint-Boniface.

In 2019, bilateral merchandise trade between Canada and Senegal totalled $82.2 million, including $77.0 million in exports and $5.2 million in imports. Canada’s commercial involvement in Senegal features a significant growth potential, including in the mining sector, agriculture, oil gas, clean energy and digital sectors. Agricultural and marine products, phosphate mining, oil refining and construction materials are the country’s main industrial sectors. Canadian companies are strategically important in other sectors, such as education (textbooks), agriculture, the industry and transport sectors, as well as in the fields of consultation and engineering. Many Canadian mining companies are presently active in Senegal.

Foreign Investment Promotion and Protection Agreement (FIPA), in force since 2016.

Canada is also supporting Senegal in its efforts to reduce gender inequalities, strengthen the rights of girls and women, and promote their full participation in development. In addition, Canada contributes to development efforts in Senegal through strong institutional support to multilateral organizations, including UNICEF, UNFPA, the World Bank, the World Health Organization, and the World Food Program. Flagship initiatives implemented by international organizations, including the Global Fund to Fight AIDS, Tuberculosis and Malaria, International Nutrition, the Movement for Scaling Up Nutrition and the Global Partnership for Education.

Canadian Contribution to Peace and Security

Canada and Senegal work in close collaboration to promote peace and security in the region. The two countries participated in many peacekeeping initiatives. Senegal's Armed Forces (SAF) are involved in Canada’s Military Training and Cooperation Program (MTCP).

Senegal is helping to define and promote the Elsie Initiative for Women's Participation in Peace Operations as a member of the contact group. In addition, Canada will support Senegal in the implementation of its gender mainstreaming strategy in the armed forces to increase the representation of women in its ranks and gendarmerie, as well as in peacekeeping missions