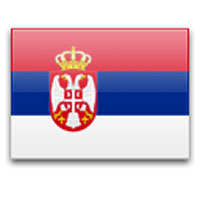 In Serbia, Canada is represented by the Embassy of Canada in Belgrade. Serbia is represented in Canada by its embassy in Ottawa, a consulate in Toronto and an honorary consul in Vancouver.

Relations between Canada and Serbia quickly returned to a positive track following the overthrow of Slobodan Milosevic’s regime in October 2000, and continue to expand and deepen. Canada is encouraged by the democratic and economic transformation of Serbia and its commitment to achieving greater integration and cooperation with the European Union and its institutions. Canada strongly supports Serbia’s aspiration for EU membership. The international community, including Canada, supports Serbia’s objective of developing strong regional cooperation with its neighbours.

Canada, in cooperation with the Netherlands, has supported a civil-military cooperation course in Serbia annually since 2008.

Investment remains one of the main drivers of economic relations, and important Canadian investments have been made or committed in the areas of mining and energy, agri-food, pharmaceuticals, general manufacturing, processing and trade, and information and communications technologies, among others. Opportunities for further Canadian investment include road, rail and urban transportation infrastructure, energy and mining, and renewable energy resources.