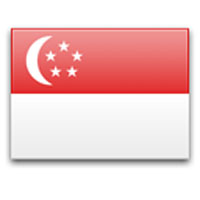 Singapore is a small, highly developed, politically stable, and dynamic city-state located at the physical and economic heart of Southeast Asia. It has 5.6 million residents, of which 74% are Chinese, 13% Malay and 9% South Asian. Singapore became independent from the UK in 1963, and became a fully independent country in 1965. Singapore is a parliamentary republic. The elected President is the Head of State and the Prime Minister is the Head of Government.

Singapore is a trading nation and serves as a financial and commercial hub in the region. Singapore is committed to investing its resources to develop a thriving research and development infrastructure in key industrial sectors, mostly relating to innovation in technology infrastructure.

Canada was one of the first countries to establish diplomatic ties with Singapore since it became fully independent in 1965. Since then, Singapore has become one of our most important partners in Southeast Asia. Bilateral relations between Canada and Singapore are wide-ranging, and characterized by cooperation in a variety of areas, including:

Canada and Singapore cooperate within multilateral fora such as:

Canada and Singapore are like-minded on many regional and international issues, including:

In May 2013, Singapore was admitted as an Arctic Council observer state with Canadian support.

As a maritime nation and shipping hub, Singapore is interested in the potential economic impact of increased Arctic shipping in the Northern Sea Route as well as in supplying infrastructure to the developing northern oil and gas industry. As a low-lying island, it is also concerned with environment issues such as the rising sea levels caused by the melting of Arctic sea ice. Singapore endorsed the Vancouver Principles in May 2019 and is part of the Ottawa Group on WTO reform.

Singapore and Canada have diverse populations that represent a range of values, customs and perspectives. Together we pursue an open dialogue and exchange of ideas on policies and programs related to pluralism and multiculturalism.