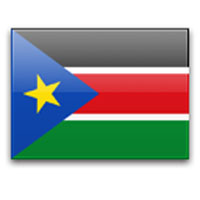 Canada established diplomatic relations with the Republic of South Sudan following the latter’s independence on July 9, 2011. Canada opened a bilateral office in 2011, and announced the establishment of a diplomatic mission in Juba in September 2014, appointing its first resident Ambassador in January 2015. South Sudan is represented in Canada by its Embassy based in Washington, D.C.

Canada supports regional and international mediation efforts towards a peaceful and sustainable resolution of conflict in South Sudan. Canadian government representatives have worked to support peace and development, including through early recovery programming, peacekeeping and peace building, and diplomatic efforts to lay the foundation for sustainable development. In addition, Canada provides humanitarian assistance to address the immediate needs of conflict-affected people.

Canada is engaged at multiple levels in the country’s political process for a peaceful resolution of the conflict. Canada co-represents the Intergovernmental Authority on Development (IGAD) Partners Forum at the Reconstituted Joint Monitoring and Evaluation Commission (RJMEC), the principal oversight body established under the Revitalised Agreement on the Resolution of the Conflict in the Republic of South Sudan (R-ARCSS).

Canada has been a key contributor of international assistance to South Sudan, providing over $900 million since its independence in 2011. Canada supports humanitarian assistance, peace and security and development programming in South Sudan.

Canada’s total international assistance, including support for peace and security, to South Sudan totalled $129.2 million in 2020-21.

Canada has been contributing to the UN Mission in South Sudan (UNMISS), through uniformed peacekeepers (CAF) and via assessed contributions to peacekeeping missions annually since 2011, to consolidate peace and security and help establish conditions for development. Since 2010, Canada has provided more than $17.8 million in security and stabilization support to South Sudan, which since 2016 has been through the Peace and Stabilization Operations Program. Current projects in South Sudan are aimed at supporting the national peace process, supporting local-level peacebuilding and conflict resolution, and preventing the recruitment of children in the armed groups and armed forces.