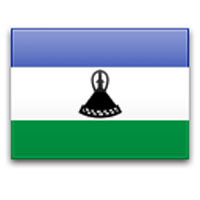 Diplomatic relations between Canada and Lesotho date back to Lesotho’s independence in 1966. Canada is represented in Lesotho by the High Commission of Canada in South Africa, in Pretoria. Lesotho maintains a high commission in Ottawa and has an honorary consul in Vancouver.

Our countries share a long history of positive bilateral relations based on Commonwealth ties and strong bonds created through development cooperation. A number of prominent Basotho have studied in Canada, including former prime minister Pakalitha Mosisili.

Lesotho benefits from Canadian support to key multilateral and regional organizations such as the United Nations, the World Bank, the African Development Bank, the African Union and others. Local organizations can apply for support from the Canada Fund for Local Initiatives, which has funded projects in recent years focused on gender equality and the empowerment of women and girls, as well as inclusive governance. Basotho are also eligible for training through the Leadership and Learning for Development Effectiveness Program, as well as the Canadian Queen Elizabeth II Diamond Jubilee Scholarship Program and the African Leaders of Tomorrow Scholarship Program.

In 2017, total two-way merchandise trade between Canada and Lesotho totalled $10 million, consisting of $9.7 million in total merchandise imports and $302,000 in exports.