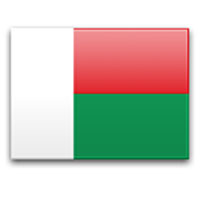 Canada and Madagascar maintain positive bilateral relations, anchored in common membership in La Francophonie and the United Nations. Canada and Madagascar share similar views on a number of multilateral issues, including gender equality, the environment and climate change.

Madagascar benefits from Canadian international assistance through support to key multilateral and regional organizations active in the country, such as the UN, the World Bank, the African Development Bank, the African Union and others. Canada is helping to build the capacity of female Malagasy entrepreneurs to access international markets for their products and is supporting the Malagasy government’s efforts to ensure transparency and accountability in the mining sector. Canada also supports Canadian civil society organizations working with Malagasy organizations to improve access to the labour market for youth; as well as scholarships programs to study in Canada for which Malagasies are eligible. Finally, through the International Youth Internship Program, two multi-sector projects deploy young Canadian interns to Madagascar. In 2017-18, Canada provided $18.24M in international assistance to Madagascar, mainly through institutional support to multilateral organizations with activities in the country. Local organizations can also receive assistance from the Canada Fund for Local Initiatives, which has funded projects focused on climate action as well as gender equality and the empowerment of women and girls.