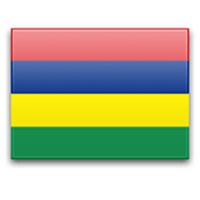 Canada and Mauritius maintain positive bilateral relations, anchored in shared interests and common memberships in the Commonwealth, La Francophonie and the United Nations. Canada and Mauritius share similar views on important issues such as the environment, climate change action and good governance. Canada has pledged to support vulnerable countries most affected by climate change, including Mauritius and other Small Island Developing States. There is a large Mauritian diaspora in Canada, and in 2017, Canadian parliamentarians established the Canada-Mauritius Parliamentary Friendship Group. In 2018, Canada and Mauritius celebrated the 50th anniversary of diplomatic relations.

Mauritius benefits from Canadian international assistance through Canada’s support to key multilateral and regional organizations active in the country, such as the United Nations, the World Bank, the African Development Bank and the African Union. Local organizations can also receive assistance from the Canada Fund for Local Initiatives, which has funded projects in recent years focused on climate change and the environment, gender equality and governance. Students from Mauritius are eligible for scholarships to study in Canada through the Canadian Francophonie Scholarship Program, the Canadian Queen Elizabeth II Diamond Jubilee Scholarship Program and the African Leaders of Tomorrow Scholarship Program.

In 2018, two-way merchandise trade between Canada and Mauritius totaled $34.2 million, consisting of $11.4 million in exports from Canada, and $22.9 million in imports from Mauritius. Mauritius presents opportunities for Canadians in the education sector (with an increasing number of Mauritians studying in Canada), as well as in the information and communications technology sector.