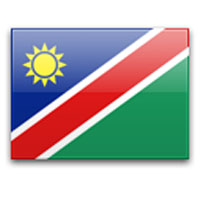 Namibia benefits from Canadian international assistance through Canada’s support to key multilateral and regional organizations active in the country, such as the United Nations, the World Bank, the African Development Bank, and the African Union. Local organizations can also receive assistance from the Canada Fund for Local Initiatives, which has funded projects in recent years focused on climate change and the environment, youth, and governance.

In 2018, two-way merchandise trade between Canada and Namibia totaled $38.9 million, consisting of $14.8 million in exports from Canada, and $24.1 million in imports from Namibia. Canada has significant mining investments in Namibia and Canadian mining companies in Namibia demonstrate leadership in Corporate Social Responsibility.