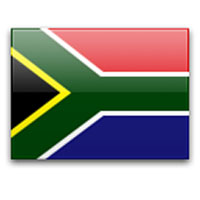 Canada and South Africa maintain a deep and broad relationship based on shared values of democracy, security and prosperity. Canada’s anti-apartheid efforts within the Commonwealth in the 1980s and our support towards the establishment of a multi-ethnic, multi-racial, democratic society in South Africa strengthened the ties between our countries. Canadian and South African experts worked closely together in drafting South Africa’s first democratic constitution.

Canada and South Africa are both members of a number of multilateral organizations, including the Commonwealth and the G20, and collaborate on important issues such as women’s empowerment, the environment and climate action, and regional security. Canada and South Africa hold strategic annual bilateral consultations, which cover issues as diverse as foreign policy, trade and investment, innovation, science and technology, the environment and climate change, education and culture.

Canada bestowed Nelson Mandela with honorary citizenship in 2001 in recognition of his leadership in the fight against apartheid and his efforts to build a new united South Africa. Honouring the legacy of the late Nelson Mandela, Canada, in partnership with the Mastercard Foundation, also created the African Leaders of Tomorrow Scholarship Program, which allows young professionals from sub-Saharan Africa to pursue graduate studies in public administration and public policy in Canada.

Post-apartheid, Canada contributed significantly to the development of the policy and legislative framework that guided South Africa’s transition to democracy in the 1990s. In 2017-18, Canada provided $12.36M in international assistance, channeled through long-term institutional support to multilateral organizations and bilateral development assistance. Canada’s bilateral assistance focuses on inclusive governance, as well as gender equality and the empowerment of women and girls.

This includes for example, l initiatives that enhance government capacity to deliver public services (such as social housing, pediatric care for the poorest, and the regeneration of local economies for the most vulnerable) effectively, transparently, and ethically.   It also includes initiatives to support women’s voice and leadership; and to combat sexual and gender-based violence while improving girls’ and women’s access to sexual and reproductive health and rights.

Canada provides scholarship and training opportunities to South Africans who, after completing their studies in Canada, return to apply their learnings in their own country. Furthermore, through internship programs funded by Canada, Canadian youth interns are directly involved in South Africa by contributing to the work of local organizations in the sectors of education, media and justice. Through the Canada Fund for Local Initiatives, administered by Canada’s High Commission in South Africa, Canada promotes gender equality and the empowerment of women and girls, inclusive and accountable governance, peaceful pluralism and respect for diversity, and climate action. Canada also provides modest peace and security assistance to South Africa, mainly through training offered to the South African military.

As one of the continent’s most diversified and largest economies, South Africa is a prime destination for Canadian goods and services in Africa. In 2018, two-way merchandise trade between Canada and South Africa totaled $1.37 billion, consisting of $410.8 million in exports from Canada, and $962.9 million in imports from South Africa.

Canada is a significant investor in South Africa. Canadian investments focus on the mineral and mining sector, as well as the transportation, food processing, hospitality, information and communication technologies, and instrumentation sectors. Canada and South Africa also have a history of cultural cooperation – South Africa’s first Audiovisual Co-Production Agreement was with Canada.

Trade and investment between Canada and South Africa is facilitated by a Memorandum of Understanding on cooperation in mining and mineral development and a Double Taxation Agreement. In 2015, Export Development Canada opened its permanent office in Johannesburg in order to help Canadian companies take advantage of business opportunities in sub-Saharan Africa.