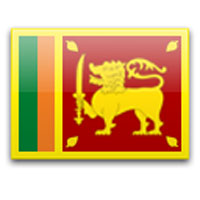 Canada and Sri Lanka have a long-standing bilateral partnership based on shared participation in the Commonwealth and multilateral fora, a long-standing development assistance program, cooperation to counter illegal movement of people and goods, a modest but growing economic relationship and a vibrant community of Canadians of Sri Lankan origin. Canadian interest in Sri Lanka is also driven by a foreign policy commitment to the principles of freedom of expression, democracy, human rights and the rule of law.

Canadian companies will find a concentration of business opportunities in agriculture, education, cleantech and infrastructure. There are also niche opportunities in the aviation and transportation sectors.

There is growing demand for quality Canadian higher education. At the end of 2017, 820 Sri Lankans held a Canadian study permit, up from 675 the year prior.

Strong people-to-people ties exist between the two countries. Canada is home to approximately 200,000 individuals of Sri Lankan descent, living primarily in the Greater Toronto area; the majority of Tamil origin. Canada's Sri Lankan Tamil populationis thought to constitute the largest such diaspora in the world outside of India.

Canada works through bilateral and multilateral forums to call for sustained progress on Sri Lanka’s commitments to promote and protect human rights. Canada has made constructive recommendations to the Government of Sri Lanka at the United Nations Human Rights Council on the situation of human rights in that country. Canada recommends that Sri Lanka take a number of steps to promote and protect human rights, including ensuring that Constitutional reforms guarantee equal protections, rights and treatment of all individuals without distinction on any basis, including faith, gender, caste, sexual orientation, disability, ethnicity or language.