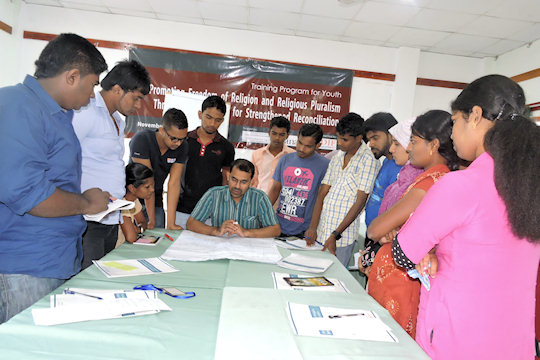 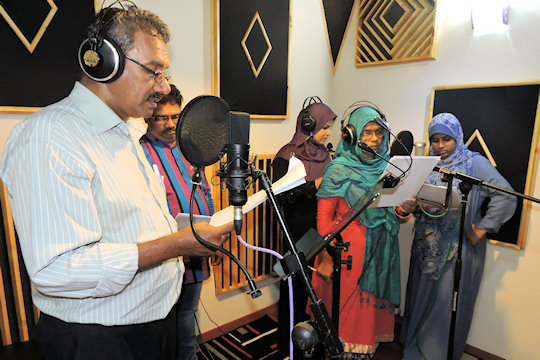 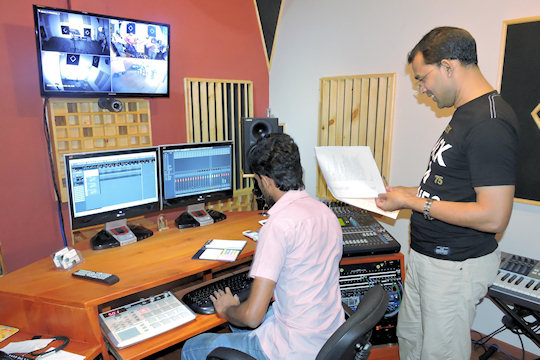 “For the first time in my life I heard someone saying ‘you can’. During the days I spent in the workshops I realized my creativity has responsibility to speak to the society. I learnt Radio Drama is a weapon to foster freedom of religion.”
Mr. A.M. Maaffir, Participant.

The Canadian Embassy in Sri Lanka, through the support of Canada Fund for Local Initiatives (CFLI), and in partnership with Sri Lanka Development Journalists’ Forum (SDJF),worked together to promote training on Freedom of Religion & Pluralism through Radio Drama Workshops.

The project addressed inter-religious and intra religious conflict using community storytelling and radio dramas to promote religious pluralism and post-conflict reconciliation in various communities in the Eastern and North-Central Provinces. Young story writers from North and East Central provinces were selected and trained to develop and produce 15 radio stories. Stories were aired on radio programming throughout the country and on social media.

“I was fully disconnected from people from other ethnic groups. I got a good impression about Sinhalese and Muslims and if I didn’t attend the Story Hunting I might have not changed. I believe respecting religion is not intended commitment. It in itself is a part of the culture”
Ms. Keshayini Edmund, Participant.

This was the first time a project of this magnitude for the purpose of pluralism was conducted in Sri Lanka; over 900 civil society members and 24 young talented radio drama writers participated in making stories on issues affecting Freedom of Religion and hindering religious pluralism in their respective regions. These activities were based in Ampara, Anuradhapura and Battical.

An innovative component and one of its strongest assets of this entire project was its diversity of participants from mixed ethnic groups. These young writers worked together in an 8 day workshop which included 3 days of story hunting. Story hunting was the process of bringing the real world stories - through the engagement of various stakeholders, involving in voluntary activities, observing peoples life style, and putting themselves into different real world situations in the target community.

In order to bring real civil society perspective and to invite people from the respective communities to participate in the process of story making, SDJF hosted Community Storyboard meetings to engage civil society through dialogue and reflection sessions using the dramas to create wider awareness to shape the public perspectives on freedom of religion. Those 12 dramas were aired through two community Radio stations reaching more than 20, 000 people in the east and these dramas were also promoted through online media and print media campaign that reached more than 30,000 direct beneficiaries. Post production survey conducted by SDJF indicated that the dramas have contributed immensely towards interfaith reconciliation in both the provinces.

“During the process of writing my drama, the ideas of tolerance, understanding and respecting diversity have dominated my thoughts. Now I realize my role in promoting religious pluralism and I recognize myself as an activist”.
Mr. M. F. M. Firnas, Participant.