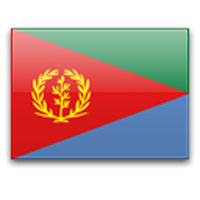 Canada established diplomatic relations with Eritrea shortly after it gained independence in 1993. In Eritrea, Canada is represented by its Ambassador to Eritrea based in Khartoum, Sudan. Canada also has an honorary consul in Asmara. In Canada, Eritrea is represented by an embassy in Washington D.C. and a consulate in Toronto.

Canada’s interests in Eritrea center on promoting human rights, particularly with regard to respect for democracy and the rule of law, civil liberties, and freedom of the press and association. Canada remains concerned about Eritrea’s actions, which undermine peace and security in the Horn of Africa. The Canadian government has called consistently for Eritrea’s withdrawal from Ethiopia since the beginning of the crisis in northern Tigray in November 2020.

In 2021, two-way merchandise trade between Canada and Eritrea was modest at $2 million. Exports were dominated by industrial machinery, equipment and parts, which accounted for 75.9% of all exports to Eritrea. In 2021, Canadian direct investment in Eritrea was $477.0 million.