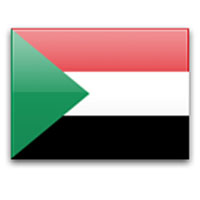 Canada established diplomatic relations with the Republic of Sudan in 1961 and Canada’s Office in Khartoum (2000) was upgraded to an Embassy in 2004. Our diplomatic representation was at the Chargé d’Affaires level until February 16, 2021, when the first resident Canadian Ambassador to Sudan presented his letters of credence. In Canada, Sudan maintains an Embassy in Ottawa with a diplomatic representation at the Chargé d’Affaires level.

Since the military coup of October 2021, Canada has worked with partners to promote the resumption of a civilian-led transition through intra-Sudanese dialogue, in order to protect and promote democracy, human rights and economic development. Canada has been particularly active in supporting and promoting the inclusion of women’s voices in the dialogue process.

Through financial contributions to UN peacekeeping operations such as the African Union-United Nations Hybrid Operation in Darfur (UNAMID) and the United Nations Interim Security Force for Abyei (UNISFA), Canada contributes to the protection of civilians affected by conflict, the improvement of the security situation for the Sudanese people, and enhancement of peace and stability in the Abyei region.

In the 1990s, Canada also supported the strengthening of peace processes to bring an end to the conflicts between government and opposition groups through negotiation and dialogue, including providing support which contributed to the 2005 Comprehensive Peace Agreement.

Canada provides international assistance in Sudan through development, humanitarian and peace and security programs. Guided by Canada’s Feminist International Assistance Policy Canada’s development assistance in Sudan focuses on improving access to education, strengthening sexual and reproductive health and rights, and reinforcing the resilience of the poorest and most marginalized.

Canada’s gender-responsive humanitarian assistance supports the provision of food, nutrition, health, shelter, water, sanitation and protection, as well as initiatives to meet the specific needs and priorities of women and girls including sexual health and reproductive rights.

Canada’s peace and security funding supports women’s participation and the inclusion of gender perspectives in the political transition, and is providing support for human rights defenders.

Canada does not currently have trade agreements in place with Sudan and it has a modest trade relationship, with total two-way merchandise trade reaching $45.3 million in 2021, consisting of $44.9 million in exports from Canada and $400,000 in imports from Sudan. Opportunities for growth exist in oil/gas and agriculture.

Canada implements sanctions mandated by the United Nations Security Council with respect to Sudan. Subject to certain exceptions, the measures implemented in the United Nations Sudan Regulations include an arms embargo against Sudan as well as an asset freeze and travel ban against designated persons. Canadian companies active in or interested in doing business in Sudan must ensure they act in accordance with these regulations.