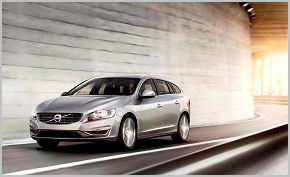 On 11th June 2013, Volvo Car Group unveiled its new Volvo V60 Bi-Fuel car, which features a natural gas engine designed by Westport Innovations Inc., a global market leader based in Vancouver. The announcement at the NGV (natural gas vehicle) 2013 event in Gothenburg, made in the presence of Ambassador Kenneth Macartney, highlights a key Canada-Sweden partnership in the clean vehicles sector.

As stated in the ‘Natural Gas Vehicles - Global Strategic Business Report’ from October 2012, the number of NGVs in Sweden is expected to triple between 2010 and 2018 from 31,179 to 92,657. According to Ian Scott, Executive Vice President of Westport Innovations, natural gas technology is playing an increasingly important role in European automotive markets, where there is a longstanding interest in cleaner, more economical transportation solutions.

Sales of the new Volvo V60 Bi-Fuel, which is categorised as an environmental vehicle in Sweden and runs on either bio methane, compressed natural gas (CNG) or gasoline, will start in October 2013. The climate effect reduction is 72% when the car is running on bio methane and 48% when running on so-called average gas. Westport Innovations and Volvo Car are currently in discussions to expand sales of the Volvo V60 Bi-Fuel car into other markets.