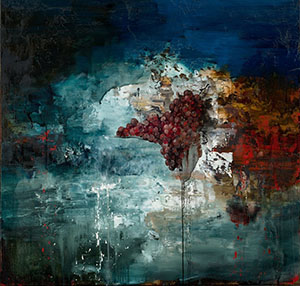 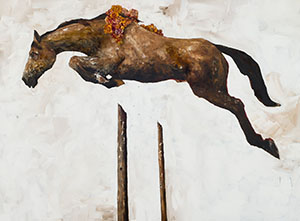 Canadian artist Kevin Sonmor will exhibit his recent paintings at Couture Galleri in Stockholm from November 14th-December 5th, with an opening reception taking place on November 14th from 5.30 pm to 8.00 pm.

Sonmor's iconic work pushes the boundaries between the historical conventions of landscape painting and the contemporary aesthetic of the abstracted landscape. A student of Flemish painting, his visions are dark and atmospheric yet filled with familiar still-life objects which float through the artist’s richly painted fields of color. Sonmor’s paintings capture the feeling of Northern European still lifes and Vanitas studies. In his Pegasus series, the artist also draws on ancient mythology as a source of inspiration.

Born in Lacombe, Alberta in 1959, Sonmor received his Masters of Fine Arts from Concordia University, Montreal. His paintings have been widely exhibited across Canada and United States in both solo and group exhibitions.

For further information on the exhibition, please visit the Couture Galleri website.