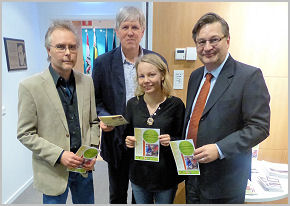 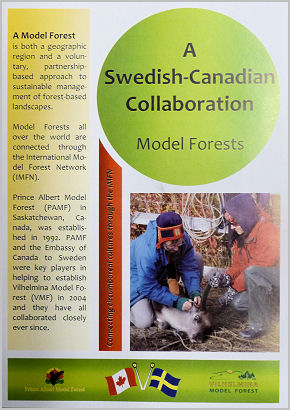 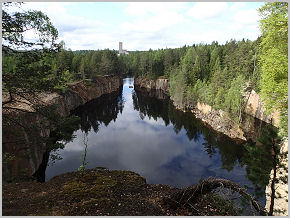 Bergslagen Model Forest with sunken mine in foreground (© Robert Axelsson). 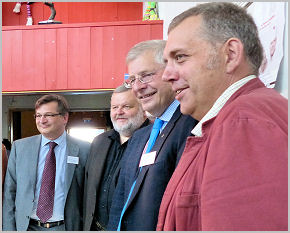 The Embassy of Canada to Sweden recently joined a number of Swedish organisations in highlighting the longstanding collaboration between Canada and Sweden in the field of Model Forests.

The Model Forest concept was first launched by the Government of Canada in the early 1990s to bring together governments, communities, indigenous peoples, forest workers and environmentalists with the aim of developing ways to manage forest resources in a sustainable manner. The international Model Forest initiative was announced by Canada at the 1992 Earth Summit in Rio de Janeiro and the International Model Forest Network (IMFN) today is a global community made up of more than 60 member sites in over 30 countries, coordinated by the IMFN Secretariat in Ottawa. For further information, please visit the IMFN website.

Representatives of Sweden’s two Model Forests - Vilhelmina Model Forest (VMF) in Västerbotten County and Bergslagen Model Forest (BMF) near Skinnskatteberg in Västmanland County - attended a seminar hosted by the Embassy of Canada on 21st November. Ambassador Macartney welcomed guests with remarks that discussed the Model Forest concept’s “extra dimension of stakeholders working together to develop strategies that fit with their region and area” and recalled his attendance at the VMF inauguration in 2004. VMF General Manager Leif Jougda explained how support from the Embassy of Canada, the IMFN and the Prince Albert Model Forest (PAMF) in Saskatchewan, Canada was crucial in establishing VMF, commenting that “we could never have made it without assistance from all of these players”. The seminar marked the release of a brochure detailing the collaboration between Canada and Sweden on Model Forests, which describes the many exchanges which have taken place between Canada’s First Nations and the Sami people of Sweden through the close collaboration which has evolved between VMF and PAMF. For further information, please visit the websites of Vilhelmina Model Forest [in Swedish only] and Prince Albert Model Forest [in English only] and see this YouTube video [in English only] on the ‘Learning from our Elders’ project which focuses on traditional knowledge.

Presentations were also given at the seminar by the Vilhelmina North Sami community and the Swedish University of Agricultural Sciences (SLU), the latter on its involvement in the Baltic Landscape Project which aims to develop new approaches to the sustainable management of forest landscapes across northern Europe. For further information on the Baltic Landscape Project, please visit the Swedish Forest Agency website [in English only].

In a further sign of the strong Canada-Sweden links on Model Forests, Ambassador Macartney held a keynote address at the Bergslagen Model Forest inauguration in September in the presence of County Governor Ingmar Skogö, Mayor of Skinnskatteberg Lars Andersson and BMF Chair Robert Axelsson, extending his congratulations and expressing his hope that BMF “will be a positive contribution to the surrounding community and also serve as an inspiration for other model forests that are in the planning stages”. For further information, please visit the Bergslagen Model Forest website [in English only].