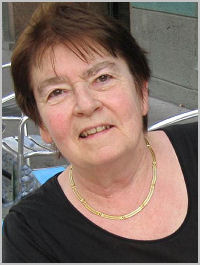 Canadian author Nicole Brossard is visiting Scandinavia at the beginning of December. She will give a lecture at Stockholm University in Sweden on 2nd December and travel to Turku, Finland for appearances at Åbo Akademi University and Turku City Library on 3rd December, before returning to Sweden for a lecture at Lund University on 4th December. Her visit will end in Copenhagen, Denmark on 7th December with a seminar discussing the influence of the Arctic on her work at which the Ambassador of Canada to Denmark will also speak. For more information on the above events, please see the websites of Stockholm University (in French only), Åbo Akademi University (in Swedish only), Lund University and Services Francophones (in Danish only).

Born in Montreal in 1943, Nicole Brossard is a poet, novelist and essayist who has published more than thirty books since 1965. Among the awards she has received are the Governor General's Award for Poetry in 1974 and 1984, the Quebec government’s Prix Athanase-David literary award in 1991 and the Canada Council for the Arts’ Molson Prize in 2006. She was made an Officer of the Order of Canada in 2010 and in 2013 became a Knight of the National Order of Quebec (website in French only). Her work has been translated widely into English and Spanish and is also available in German, Italian, Japanese, Slovenian, Romanian, Catalan and Norwegian.