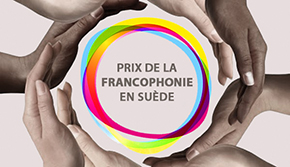 The jury received 25 entries from projects covering topics such as democracy support, the translation of Francophone literature and cultural exchanges. Henrik Nordgren received the prize for his international commitment to the fight against HIV/AIDS.

Mr Nordgren has coordinated the recording  in African  languages (Swahili, Wolof and Maninka) of the book ‘’A Tree for Lollie’’ by author Fatou Keita from the Ivory Coast,  which deals with the  problems resulting from a lack of HIV/AIDS information  for children and the exclusion experienced by those carrying the virus.

The French version was recorded by the author herself during a visit to Stockholm.

The project’s future objective is to continue the work of translating the book into as many languages as possible and to distribute the audiobook in cooperation with humanitarian organizations.