Canada - Union of the Comoros Relations 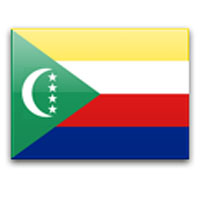 Canada and the Union of the Comoros established diplomatic relations in 1977. In Comoros, Canada is represented by a High Commission in Dar es Salaam, Tanzania. In Canada, Comoros is usually represented in Canada by its Permanent Mission to the United Nations in New York, United States. Comoros also maintains an honorary consul, based in Toronto.

In 2017-18, Canada provided a total of $1.94 million in international assistance to Comoros, via regional and multilateral organizations such as La Francophonie. Since 2000, Canada has provided $24.45M to Comoros and is one of the principal contributors to the Global Fund, an organization fighting AIDS, tuberculosis and malaria, which funds initiatives in Comoros.

Comoros may benefit from Canadian support to key multilateral organizations such as the United Nations, the World Bank, the African Development Bank, the African Union, and others. Comorians are eligible for the Canadian Francophonie Scholarship Program, which allows students in developing countries within La Francophonie to study in Canada. In addition, Comorian nationals are eligible for the African Leaders of Tomorrow Scholarship Program.

In 2018, two-way merchandise trade between Canada and Comoros was estimated at $1.7 million, consisting of $1.5 million in exports from Canada and $200,000 in imports from Comoros.