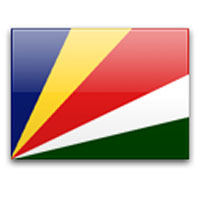 Canada established diplomatic relations with Seychelles in 1976 following the latter’s independence. In Seychelles, Canada is represented by a High Commission in Dar es Salaam, Tanzania. In Canada, Seychelles is represented by its Permanent Mission to the United Nations in New York, United States. Seychelles also maintains honorary consuls in Montreal and Toronto.

Both diverse and bilingual countries, Canada and Seychelles are members of the Commonwealth and La Francophonie, and often share similar views on important multilateral issues such as renewable energy and climate change, governance, and gender equality.

Seychelles has taken on a leadership role in addressing the threat of piracy. Canada has aided this effort through its contribution to the UN Office on Drugs and Crime to support piracy prosecution and incarceration in East Africa, predominantly in Seychelles and Kenya.

As of 2018, Seychelles is no longer eligible for official development assistance (including regional programming and scholarships), having graduated to high income status as measured by the World Bank in terms of gross domestic product (GDP) per capita.

In 2018, two-way merchandise trade between Canada and Seychelles reached $5.1 million, consisting of $4.3 million in exports from Canada and $800,000 in imports from Seychelles.