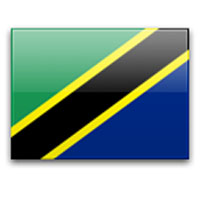 Canada and Tanzania have shared interests in international fora such as the United Nations and the Commonwealth on important issues such as combatting climate change, sustainable development, refugees and regional peace and stability. Canada values the stabilizing role Tanzania plays through its active involvement in the East Africa Community, the African Union and the Southern African Development Community.

Since the 1960s, Canada has supported training for Tanzania’s armed forces. To date, over 850 officers have been trained through Canada’s Military Training Cooperation Program with Tanzania. In 2014, Canada contributed $1.3 million to build the new Tanzanian Peacekeeping Training Center in Dar es Salaam.

Tanzania is one of the largest recipients of Canada's international assistance ($141.2 M in 2017-18). Canada has contributed more than $2.38 billion in development assistance to Tanzania since its independence.

Canada’s bilateral development programming in Tanzania focuses on two action areas of Canada’s Feminist International Assistance Policy: Human Dignity and Growth that Works for Everyone. Canada is among the largest bilateral donors in the health sector, providing significant support in maternal, newborn and child health. Canada is a lead bilateral donor in education, where our assistance is increasingly concentrated on teacher training aimed at improving the quality of education, especially for girls. Canada is also fostering broad-based and sustainable growth by supporting small and medium enterprises, skills development and economically empowering women.

In 2018, two-way merchandise trade between Canada and Tanzania totaled $131.9 million, consisting of $113.3 million in exports to, and $18.6 million in imports from Tanzania.

Tanzania is as a growing market for Canadian businesses, and Canadian mining companies are among the largest foreign investors in Tanzania. Business opportunities for Canadian companies active in Tanzania exist in power, renewable energy, and the emerging oil and gas sector. Canada is a strong advocate for corporate social responsibility (CSR) in Tanzania, having sponsored CSR conferences with strong participation from the Government of Tanzania, the business community and civil society organizations.

In the framework of Canada’s Market Access Initiative for Least Developed Countries, Tanzania has duty-free access to the Canadian market for almost all commodities. A bilateral Foreign Investment Promotion and Protection Agreement (FIPA) came into force in December 2013.