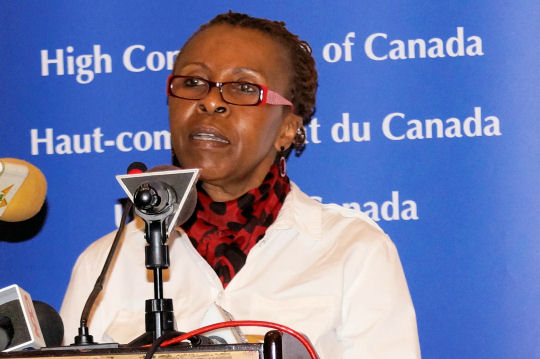 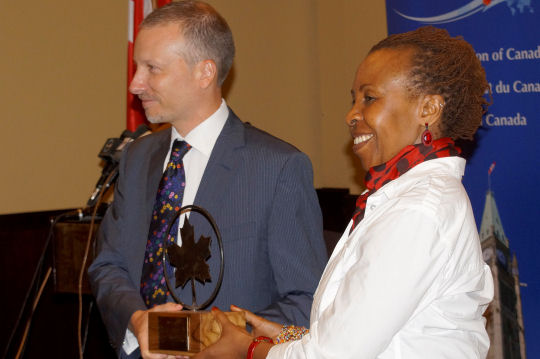 Canada is giving a platform to a powerful voice calling for an end to child, early, and forced marriage (CEFM) in Tanzania.

In Tanzania, it’s estimated that 4 of every 10 women were, or will be married before their 18th birthday, often against their will. Worldwide, an estimated 100 million girls have been forced to marry before the age of 18 in the last decade alone. CEFM denies young girls their rights, disrupts their access to education, and significantly jeopardizes their health. Canada has identified ending CEFM as a foreign policy and development priority.

In March, the High Commission of Canada in Tanzania announced its first Champion in the effort to end CEFM, Ms. Valerie Msoka. An experienced communications professional and advocate, Ms. Msoka will raise awareness with audiences across Tanzania over the coming months.

The CEFM Champion award was created to recognize the distinguished contribution of a Tanzanian leader in the effort to end Child, early and forced marriages and improve the lives of the Tanzanian girls at risk of losing their basic human rights.

Help from the High Commission

The High Commission of Canada is committed to providing a platform for the CEFM Champion to continue raising awareness. As CEFM Champion, Ms. Msoka will bring her message to people across Tanzania during the coming year. Earlier this year, the High Commission funded a training seminar for advocates looking to change Tanzanian laws, using the Canada Fund for Local Initiatives.

The High Commission is also a major contributor to the improvement of access to healthcare and education, key elements in the fight against CEFM. By raising awareness of the harmful aspects of CEFM, and advocating for increased legal protections, Canada and our partners are progressing steadily along the path towards a world without this exploitative practice.