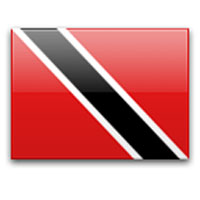 In Trinidad and Tobago, Canada is represented by the High Commission of Canada in Port of Spain, which opened in 1962. The first Canadian High Commissioner was accredited in 1963.

Today, the vibrant bilateral relations cover a wide spectrum of sectors including trade, education, science and technology, security, governance, culture, environment, sport and health. Both countries cooperate within the Commonwealth, the United Nations and the Organization of American States. Trinidad and Tobago has signed and ratified the Ottawa Landmines Convention and was a regional leader in ratifying and promoting the Rome Statute of the International Criminal Court, both initiatives strongly supported by Canada as well.

Canada is also supporting the government of Trinidad and Tobago in reforming the justice sector and making crime fighting a priority.

Canada is actively engaged in the support of good governance in Trinidad and Tobago, often providing experts for conferences in various areas such as Multiculturalism and Anti-Corruption. Canada also provided experts to help in the training of Trinidad and Tobago’s Police Complaints Authority.

The economy of Trinidad and Tobago is the largest, most diversified and most industrialized in the Caribbean. Its major industries are petroleum and petroleum products, liquefied natural gas, methanol, ammonia, urea and steel products. The energy sector remains the main economic driver for Trinidad and Tobago.

Canadian investments are concentrated in the petrochemical, oil, gas and financial sectors. Two Canadian companies are petrochemical world leaders with a long-established presence in Trinidad and Tobago’s Point Lisas Industrial Estate producing between them methanol, ammonia and urea.

Canada has a Foreign Investment Promotion and Protection Agreement (FIPA) with Trinidad and Tobago, as well as a Double Taxation Agreement. In 2012, both a Technical Framework Arrangement (TFA) in the health sector and a Memorandum of Understanding (MoU) on the modernization of the public sector was signed between Canada and Trinidad and Tobago. Also in 2012, a MoU between Memorial University (NF) and the T&T Ministry of Science, Technology and Tertiary Education was signed for enhanced collaboration in the field of marine services training.  In 2013 the Canadian Commercial Corporation signed a MoU with the Trinidad and Tobago Ministry of National Security.

Academic ties between Canada and Trinidad and Tobago are far-reaching and long-standing. Canadian Presbyterian missionaries were responsible for establishing educational institutions in the country some 100 years ago, institutions which still exist today. There are two private secondary schools which use a Canadian (Ontario) curriculum. Many prominent political and business figures have obtained some, if not all, of their tertiary education at Canadian universities. Today, many Trinidad and Tobago high school students continue to make Canada their country of choice to pursue their tertiary education. The High Commission in Port of Spain issues hundreds of study permits to citizens of Trinidad and Tobago every year.

Several local tertiary education institutions have signed cooperative agreements with a number of Canadian institutions to facilitate collaborative research projects, degree programmes, as well as staff and student exchanges. The University of New Brunswick has established a partnership with a local Trinidad and Tobago institution to deliver degree programs in collaboration.

Students enrolled in T&T universities are eligible for scholarships to study at Canadian universities, including under the Emerging Leaders in the Americas Program (ELAP) and Canada-CARICOM Leadership Scholarships.