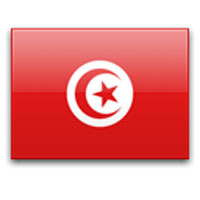 Canada and Tunisia established diplomatic relations in 1957. The two countries enjoy excellent bilateral relations and are members of La Francophonie. In 2020, the Tunisian diaspora in Canada represented nearly 35,000 people residing mainly in the province of Quebec. Canada, one of the top destinations for studies abroad, attracts more than 2,000 Tunisian students annually.

Canada welcomes the continued democratic transition in Tunisia since the Jasmine Revolution in January 2011 and the adoption of the Constitution in 2014. Canada is working with the Tunisian government, civil society and the international community to support decentralization and political, economic and social reforms in the country. In connection with Canada’s international feminist policy, Canada and Tunisia cooperate on gender equality, inclusive governance, the prevention of radicalization and the fight against terrorism. Canada works closely with Tunisia in multilateral fora such as the United Nations, La Francophonie and the African Union.

Although Canada and Tunisia are not bound by a bilateral extradition treaty, both countries are signatories to the United Nations Convention against Corruption and to the United Nations Convention against Transnational Organized Crime, which allow extradition, in accordance with Canadian law and the Canadian Charter of Rights and Freedoms. Canada has also passed the Freezing Assets of Corrupt Foreign Officials Act and the Freezing Assets of Corrupt Foreign Officials (Tunisia) Regulations, which enforce written requests from the Tunisian government to freeze all assets deposited in Canadian financial institutions by senior executives of the former regime, as well as by members of their families and associates.

Trade relations between Canada and Tunisia are expanding and Canada is determined to pursue new opportunities to strengthen trade ties between the two countries and expand bilateral investments. Tunisia presents valuable business opportunities for Canada in the sectors of agriculture, education, information and communications technology, and aerospace.

Our two countries have started negotiations with a view to concluding an Agreement on the promotion and protection of foreign investments and a Social Security Convention. In 2019, our two-way merchandise trade totaled CAD $ 239 million. Canadian exports were $ 98 million and imports were $ 141.5 million. The main commodities exported by Canada to Tunisia were grains and textile articles, and the main Canadian imports from Tunisia were olive oil, salt and dates. In 2019, Canadian direct investments in Tunisia amounted to $ 57 million.

At the Tunisia 2020 conference in November 2016, the Canadian Minister of International Development and La Francophonie announced international aid of $ 20 million over four years. The main orientations of this plan are aimed at:

Since this announcement and consistent with Canada's Feminist International Aid Policy, bilateral aid has hovered around $ 5 million per year, mainly in the areas of women's economic empowerment and inclusive governance.
Since 2016, Canada has also allocated more than $ 10 million to the Canadian Counter-Terrorism Capacity Building Program to support Tunisia in stabilizing its borders and in the fight against terrorism and violent extremism.

Global Affairs Canada recommends anyone considering travel to Tunisia to check its travel advice and encourages travellers to register with Registration of Canadians Abroad service when outside of Canada.