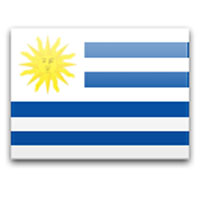 A solid and growing relationship

Canada and Uruguay established diplomatic relations in January 1951. In 1953, Canada appointed its first Ambassador to Uruguay, resident in Argentina. Bilateral relations have expanded considerably since that time, in particular since 1984, when Uruguay returned to democracy following 11 years of military rule.

Bilateral relations between Canada and Uruguay are built upon shared values and interests. Our countries also are members of many hemispheric and global organizations, such as the United Nations (UN) and the Organization of American States (OAS).

Uruguay co-hosted with Canada the United Nations Peacekeeping Defence Ministerial (UNPKDM) in Vancouver in November 2017. It has endorsed the Vancouver Principles on Peacekeeping and the Prevention of the Recruitment and Use of Child Soldiers as well as Canada’s Elsie Initiative on Women in Peace Operations. Canada and Uruguay have also collaborated closely in the context of our deployments to MINUSTAH, the recently completed peacekeeping mission in Haiti.

Uruguay is a strong democracy that is successfully balancing social and economic priorities. Among Latin American countries, it traditionally leads indices of low corruption and democratic governance. It has a literacy rate of 98 percent and strong universities with a significant tradition of both French and English language education. Uruguay has a number of socially-progressive policies, having legalized abortion, same-sex marriage and the possession of cannabis for personal use. Uruguay is a full member of Mercosur, a customs union which also includes Argentina, Brazil, and Paraguay. The location of the Parlasur and of the permanent Secretariat of Mercosur in Montevideo reflects the prominent and strategic position of Uruguay in South American regional integration.

Culturally, our countries both have strong francophone culture. In 2012, Uruguay became the first South American country to obtain an observer status in the Organisation internationale de la Francophonie (OIF). Our common membership in the OIF underlines once again our countries’ shared values and interests in the promotion of diversity, democracy, rule of law and human rights.

On March 9, 2018, Minister Champagne, along with Mercosur trade bloc ministers agreed to launch formal negotiations toward a comprehensive Canada-Mercosur free trade agreement (FTA). The objective of a new FTA is to increase economic opportunities for the benefit of all member countries.

Our bilateral relationship is also built on a growing network of people-to-people ties that is fostered through educational exchanges and tourism. Like Canada, Uruguay is a country with a great appreciation for higher education. The Embassy of Canada is engaged with the Uruguayan academic sector and provides information services for Uruguayan students interested in studying or conducting high level research in Canada. The Emerging Leaders in the Americas Program (ELAP) provides short term scholarships for students from Latin America and the Caribbean to study in Canada. Since 2009, 125 Uruguayan students received ELAP scholarships. In April 2014, IDRC announced a grant program for Uruguayan masters and doctoral students whose research touches themes related to natural resources extraction. IDRC partnered with the Uruguayan National Agency of Research and Innovation, the Ministry of Education and Culture and the Ministry of Industry, Energy and Mining to launch this grant.

Canadians of Uruguayan origin constitute a well-organized community that contributes to the bilateral relationship, particularly in the commercial and cultural areas. In 2016, there were roughly 5,500 Canadians who claimed to be of Uruguayan origin. In Uruguay, the Canadian expat community is estimated to number around 500. 15,000 Canadian tourists visited Uruguay in 2016.