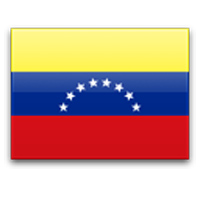 Canada’s embassy in Caracas works with a broad cross-section of Venezuelans to support human rights and good governance. In 2009, the embassy worked with the Centre for Peace and Human Rights at the Universidad Central de Venezuela [Central University of Venezuela] to launch a Human Rights Award that recognizes the important work of Venezuelan human rights defenders. This annual award is now considered to be among the top honours for those in the human rights community in Venezuela.

Canada and the Venezuela crisis

Canada is deeply concerned by the suffering of the Venezuelan people. Canada remains strongly committed to the promotion and protection of democracy and human rights. In response to attacks on Venezuelans’ democratic and human rights by the regime of President Nicolás Maduro, Canada has imposed three rounds of sanctions. These sanctions target individuals responsible for the crisis. Canada has also downgraded its diplomatic relations with Venezuela in an effort to push for the peaceful restoration of Venezuela’s democracy.

Since 2017, Canada has provided more than $2.2 million in humanitarian assistance funding. This assistance helps meet the needs of the most vulnerable populations affected by the crisis. Canada also continues to provide support through multilateral programs and through the Canada Fund for Local Initiatives, managed by the Embassy of Canada to Venezuela.

For more information, please visit Canada and the Venezuela crisis.